"Top 10 Sights to see in Los Angeles" by Chiron Hooson

So with only a few days left until Camp America applications close, I thought I would write another blog about the possible places you can see when travelling...

So with only a few days left until Camp America applications close, I thought I would write another blog about the possible places you can see when travelling, particularly in Los Angeles which is huge, to the extent where it feels like 4 cities are cramped into one. This city is a place of wonder, with the birth place of the film industry, luxury, beaches, sun and funk all around. Make sure you spend a good 5 days in the city, as there is so much to see and explore, anything less and you wont get the complete LA experience.

The places I will touch upon include Hollywood, Santa Monica and Beverly Hills. So here are just a few places/sights you have to see when passing by Los Angeles on your travels of the west coast of America. 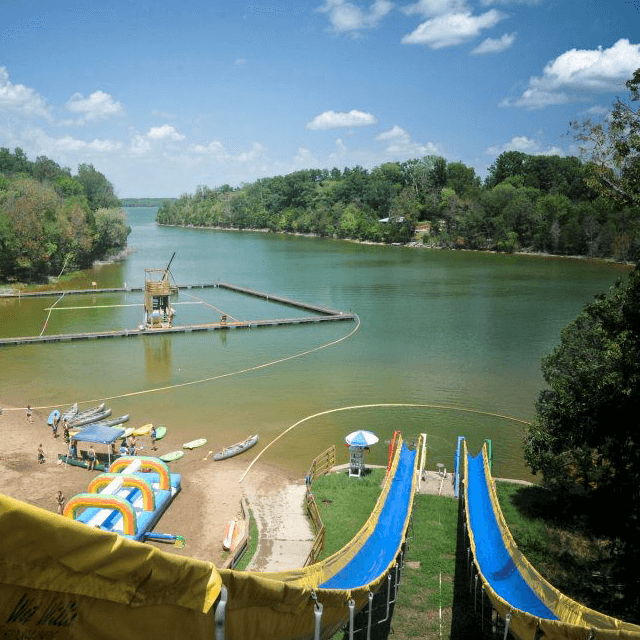 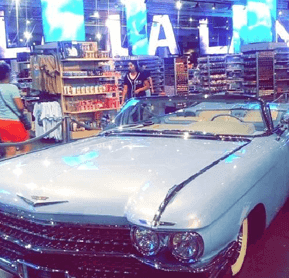 Here you get to explore the hundreds of starts which run across both sides of the street Hollywood Blvd, where there are hundreds of funny goofy gift shops, museums and quirky restaurants. Plus its nice to try and book your accommodation around this area to as it is the central hub to get everyone around Los Angeles, from the buses to subways and descent cab fairs. 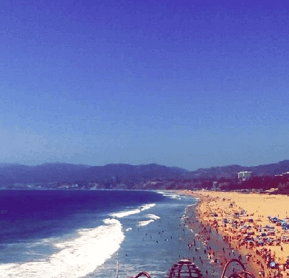 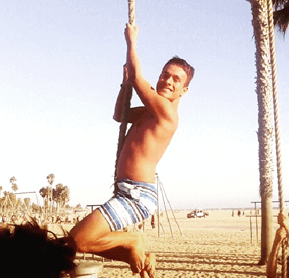 Santa Monica is huge and there is so much to see, you definitely need more than one day trip to give the place its fair share of attention. The beach is beautiful and the waves are great to get your surfboarding groove on. Plus you have the iconic pier, which also marks the end of route 66, which you must get a picture by the sign, even if you didn’t travel the whole route. As well on the pier are a number of great old 60s style carnival rides, great restaurants and the one and only Bubba Gump shrimp from Forest Gump which you must visit. Just a little way down from the pier is another iconic landmark, Muscle Beach, where no other than Arnald S from Terminator use to train, its a lot of fun to test out the equipment even if you look completely out of place compared to the obvious regulars who are completely shredded. 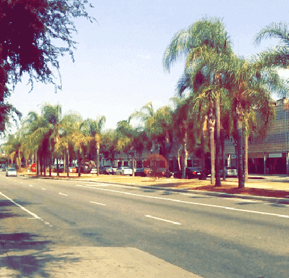 The place where you get to feel like a millionaire walking down the streets of expensive shops that I know I will never shop in. The likelihood of seeing a celebrity shopping here such as Kim Kardashian is very high so definitely keep your eyes peeled. As well as the streets, definitely get a picture by the Beverly hills sign, get a Starbucks which for some reason feels more luxurious here and see the iconic hotel from Pretty Woman, where you can see the top floor where Julie Roberts was living in the film. 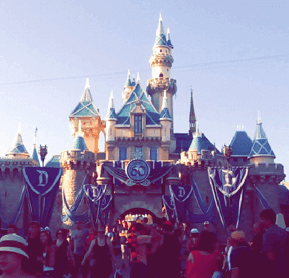 Of course you cannot have any trip around the US without visiting this amazing, timeless place. No matter your age, you will feel like a 8 year old again roaming around this amazing place, having pictures with your childhood favorite Disney characters and going on the rides that include some amazing visual affects as well much detail put into the design of the huge sets many of the roller coasters go through. My favorite ride had to the Star Wars star cruiser which was an amazing simulator going through the Star Wars universe while you are being chased my star fighters and even Darth Vader himself. Then obviously in the evening you get to finish your visit of the park with the spectacular firework display over looking the castle, were you may see the odd couple proposing too, which really shows how magical this place really is. 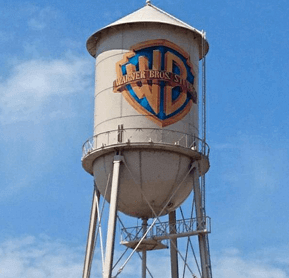 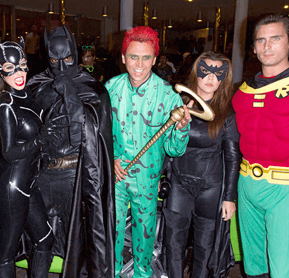 You wont discover the full extent of the film industry without visiting Warner Bros studio, where the likes of Bugs Bunny was created all those years ago. The tour gives you a great insight into the workings of a film studio and how they change their huge set( the size of  small town) for different films and shows. Probably most of your favorite shows have been filmed here or are still filming like the Big Bang Theory, which if your lucky you might even bump into in the film lots. In addition the Ellen show is filmed in the complex too and she is known to do pranks on tours, so you never know if you might be lucky in being selected without knowing. Plus on the tour, they stop at different points and tell you what scenes from shows have been filmed their, for example they showed us the scene when Phoebe from Friends runs through central park, something that I was very thrilled to see. Also we saw the latest gadgets and suits of the Batman v Superman film, including the different bat mobiles which was really cool, shame we couldn’t drive them. Yet as a big Friends fan, nothing beat sitting on the couch in the cafe set, I could of stayed on that couch forever. If you are a huge TV show and film watcher, this place is for you and should not be missed on your itinerary. 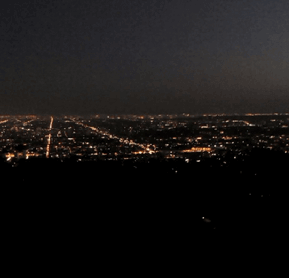 New York has the statue of liberty and Los Angeles has the iconic Hollywood sign, which of course is the first think everyone thinks of when thinking of Hollywood, due to so many movies having scenes on the sign. While you cant go right up to the sign and yes a Police helicopter does shine a search light around it at night, something I discovered when on the hill hoping to go up to it, thank god I didn’t. Yet there still other ways you can get closer to the sign, with different roads and paths going around it, so definitely look out for opportunities for doing that, something that the Star lines tour includes when visiting celebrity houses. At night the sign really does shine at its best(literally), but it is a lot easier to get pictures in the day and make sure your camera has a good zoom, or you may struggle to get a descent photo. 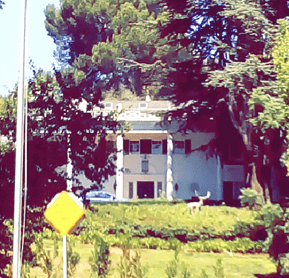 Ignoring the dreadful snap chat photo, Bel Air is definitely a place to visit, be careful about restrictions to enter the roads with the big mansions on though, it may be worth just visiting through again a tour. Yet the place you have to see is the Fresh Prince of Bel Air house, I absolutely loved the show through my childhood and was a big moment seeing it finally in person, shame to hear about the actor Uncle Phil, but still a great place to see, as well as the other places in Bel Air, such as the hotel, which big celebrities visit often. 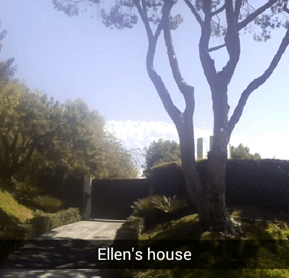 While you do feel a bit like intruding on other peoples privacy doing this, the celebrity houses tour is definitely something worth doing. Its funny to think your favorite celebrities are only meters away in their kitchen etc. But in our defense they are public roads and being a celebrity you have to accommodate people who have a worrying stalker tendencies towards you. I would certainly recommend going with Star line tours to do this as they give a you a descent tour of all the celebrity houses and give you good information about the developments of their huge houses. Another must on your travels around Los Angeles. 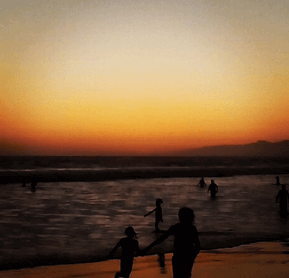 This beach is viewed by many as the king of all beaches, surprisingly quite secluded and a good 45 mins drive from Santa Monica, so be prepared to travel quite far to visit it. Being more secluded does have its benefits of having less people on the beach and more personal space which is nice, but the only practical way of reaching the beach is by car, so definitely look into renting a car. If you have the car and time, the trip is definitely worth it! 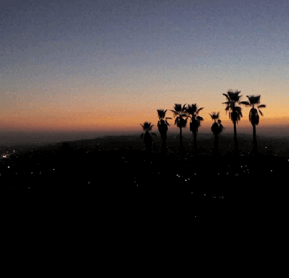 Perhaps the favorite highlight of my trip was visiting the Griffith observatory. It is on quite a high hill, which can be reached by bus, but walking from the bottom only takes about 40 mins, if you like walking and want to save a buck or two. The observatory itself is free to enter and the views are just magnificent, as you can see the whole city and properly realize how big LA really is. I would definitely recommend staying until sunset, as the skies on a clear day just look magnificent with the different shades of orange that form around the skyline. Plus there is a nice walking path on the right of the observatory that takes you along the hills overlooking the city, again great for those landscape photos you want to cherish forever.

Well I hope you enjoyed this little insight into the places you should certainly visit on your travels around Los Angeles, while you are on the west coast of America. If you would like to see a video of my trip of the west coast in the summer of 2015, click here: https://www.youtube.com/watch?v=MbsfpHP3buI

Plus if you would like to receive more information about the Camp America program, you can fill out this form that only takes two minutes: https://www.campamerica.co.uk/wales-ni-brand-manager