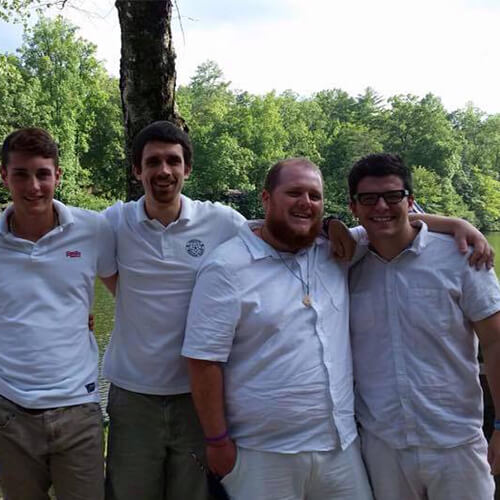 "I had always heard amazing stories from those that did Camp America and it never felt like I would have the chance – it sounded like a dream I’d never find the money or time to do.

That was, until one day at University I realised that the schedule of my exams meant I would have the summer free. It was then I jumped in at the deep end and put down the initial deposit. From there, I’ve never looked back.

I applied to Camp America to make some amazing memories and friends while in the coolest country on earth. It lived up to expectation and more.

I was a specialist who taught the kids how to camp outdoors rather than a camp counsellor. Along with my co, we’d take the kids to some really cool campout spots. It’s hard to pick one favourite memory as I have so many. But one of them has to be staying at Squirrels Nest in Georgia, where we lead a campout in treehouses for a couple of nights. It was hard work, but oh it was worth it.

It was different in the sense that I had never been around Jewish people before. Their culture meant that for the first time in my life, I felt like the odd one out, I was the foreigner. It was something to adjust to in the beginning but there were so many other people in my position that it was easy to feel at home while making memories of a lifetime

I’ve been writing There’s No Place Like Summer Camp, a travel memoir book that goes over exactly what summer camp is like within the summer camp bubble. It’s the perfect book for anyone who is considering doing Camp America or has done it previous and wants to rekindle what summer camp is like. It’s due out later this year, going through what it is like for a newbie to join a camp full of strangers. It has all the ups and downs, the gossip that spreads like wildfire and so much more exciting things I can’t wait to share.

I have plans to release my second-year diary of when I returned to summer camp too. There are surprising differences between the time you’re the new person and when you return, all to be revealed.

I’ve also been working on a podcast too, available through iTunes. It’s also called There’s No Place Like Summer Camp and goes through summer camp tips + anecdotes. I will pick it up again later in the year closer to the books release. There’s No Place Like Summer Camp is a project I want to get right, and at the moment the book is with my editor. Exciting times lay ahead. It’s fair to say that I’m a camp addict!

It feels as though I’ve checked off a ‘big thing’ that you can only do while you are young. A lot of my friends procrastinate over doing something as exciting as volunteering in America for months at a time – and they end up never going. The fact I’ve gone, gives me confidence and its cliché but I have a whole load of lifelong best friends to boot.

It’s given me a wanderlust, where I was no longer afraid to leave my parents’ home, and I now live miles away from London in Manchester. Last year I even went on a tour of Europe alone too.

I thought I had done it all, volunteering for years with my local Scouts, but Camp America was a different level.

My stories to friends usually start with ‘This one time, at summer camp…’ which is so funny to hear as I’m a huge fan of American Pie, but I can’t help it! It changed me as a person, willing to try new things, introduce myself to new people and travel a new continent. Solo travelling was a scary thing at first, but now I can’t get enough.

I could start by plugging my book… That’s an ideal read for anyone on the fence.

Seriously though, I’m not going to say DO IT because a million other people say that. YOU need to decide for yourself. Instead, I’ll ask what you want from the experience?

Travel to new parts of the world?

Get to know some cool kids?

You need to know deep down if this is for you. Will you look back and regret not going?

The money I was paid helped travel after camp, going to places I could only dream of before. It was the cheapest holiday I’ll ever have and the best job to boot.

There’s one camper my co and I met while doing some errands for camp from the airport. She’s called Sophie. We had to pick Sophie and her friend Bari from Atlanta airport and drop them off at a campsite in another state. From the moment the four of us met, it was such a laugh. We played mobile games together on the ride and got my first Chipotle en route to their collective astonishment. Whenever we’d see each other around camp, I’d be sure to high five one truly memorable camper.

The summer camp bubble is very real. Everything under the bubble is exaggerated and means a whole load more than the real world outside. Every day at camp, I’d be knackered after a tiring day of work and how many activities you do. Camp friends were with you through all of that, as well as the travels together afterward. The once in a lifetime trip makes for once in a lifetime friendship’ from people all over the globe.

Only last month a friend from camp who is from New Zealand had come over to the UK to stay for a couple of years. I’ve met up, helped Scott settle in to the UK and planned many trips out of the country with him and British camp friends. We all have each other on social media, one of the only reasons I keep Facebook and the like these days. As a larger group, we occasionally have meetups through the year, for birthdays, drinks and the like.

The first year I travelled with Scott (mentioned above) and Chad. Both of whom I had only met at camp. We travelled to Miami to see my co worker’s frat house, then we explored Washington DC and had fun in New York. The second summer, we got a larger group to go to Orlando. We went to Universal Studios and the girls went Disneyworld. It was a blast, I only wish I stayed longer.

Camp taught me how to be independent above all. Because to go to Camp America, you need to be on the ball. You need to have all your documentation sorted, the suitcase packed and flights booked. I had never solo-travelled before, friends and family were in awe. And at camp, it taught me how to make friends with new people and work like there’s no tomorrow." 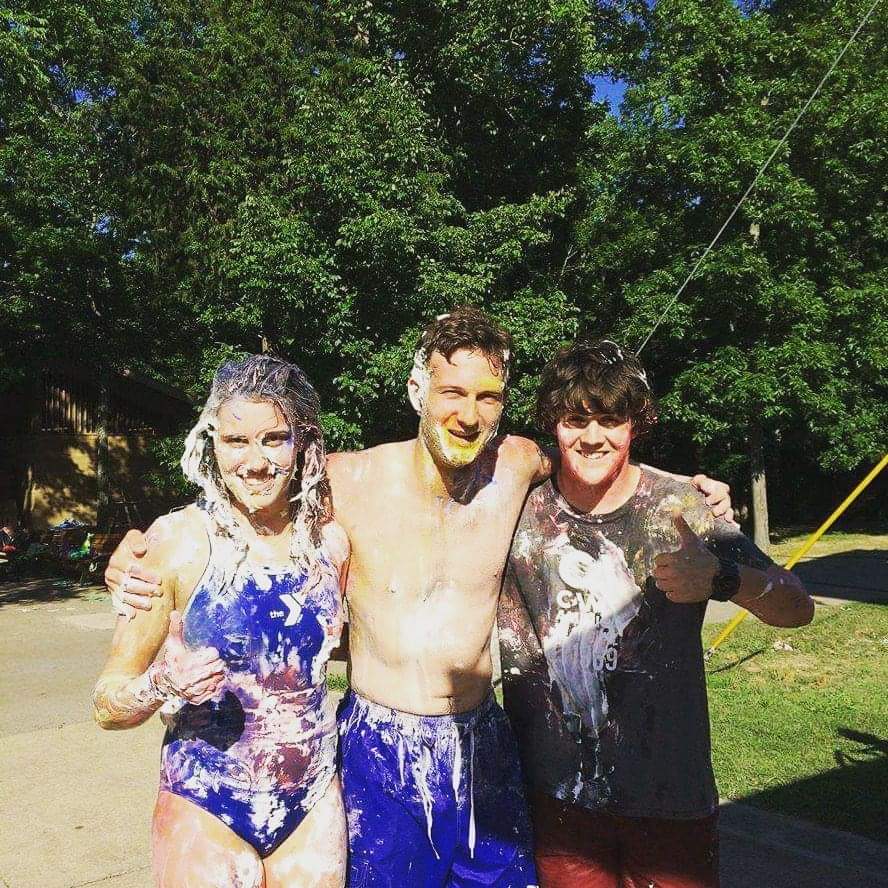 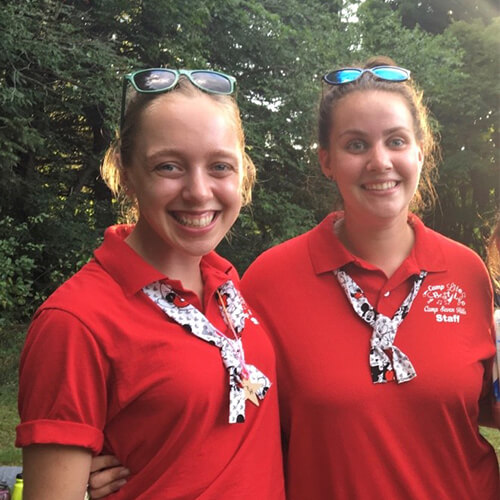