The number one rule of packing is that you hate every single second of it....

Whilst packing is an essential part of travelling whether it be a holiday or if you’re going for a longer period of time, it’s always a pain (in the backside).

I’ve been in Liverpool for the past academic year so my mum’s been doing the majority of my shopping and getting most of my  general crap that’s needed; shorts, t-shirts all that incredibly tedious clothing that makes you dread walking into Primark. Credz to mum for doing it all, I know I wouldn’t. Whilst I’ve been away a small mountain of clothes have built upon my bed and random coats have been appearing as if Mary Poppins herself had flew them in.

I sat and watched whilst dear old mum folded all these clothes that she had bought, secretly killing me with her death stares whilst doing so, no-one can pack as well as your mum though, lets face it. I haven’t been her favourite person recently, I brought home two suitcases and two boxes of washing for her to do only last week, that had to be ready for today. Soz. Love you Ma 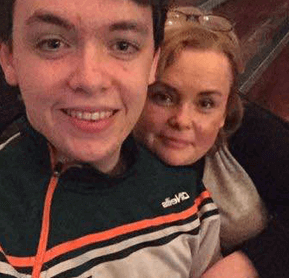 I’m not even leaving until the 17th but of course, having an Irish mum makes everything a panic, even when theres still 9 days between now and my flight. However my suitcase is officially packed and I now have zero clothes to wear over the next few days, fun times ahead! Here’s a quote from the Dalai Lama that I expertly (I used an app) merged with a photo that I most certainly did not take. 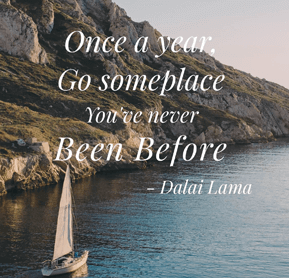