"It's the little things in life" by Arianna Ware

Anyway, London is a city I've been lucky enough to visit many times throughout my years, probably visiting at least once a year, but it still has no problem in amazing me...

I’m writing this post whilst sat in front of Buckingham Palace, London. Picturesque, right?! Can’t always count on this weather though. 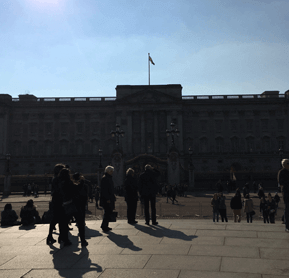 Anyway, London is a city i’ve been lucky enough to visit many times throughout my years, probably visiting at least once a year, but it still has no problem in amazing me. Many people are put off by the over populated atmosphere the city provides; where getting from A to B by foot is a much longer and often stessful process than elsewhere, but to me, it’s the buzz that makes the city so vibrant. If you’re one that is put off by the busyness, avoid the likes of Oxford Street and Buckingham Palace at peak times, and escape the madness by spending some time in one of the Royal parks; Hyde Parks a good’un. It was whilst I was sat in Hyde Park that I had the inspiration to write this blog, but I thought I’d plonk my butt elsewhere as I’d been at Hyde Park long enough. 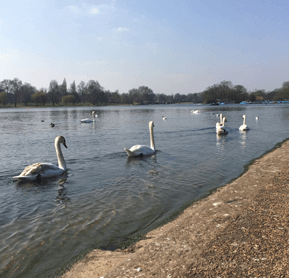 I haven’t come to London to just sit and admire the sights by the way…although it sounds and feels that way. I’m here because I had my US visa appointment ready for me to head back stateside in 3 months. However, after a 6 hour journey here, and only ending up spending 10 minutes at the embassy, I have 5 hours to kill but can’t be bothered to do much, so sitting on my butt in the sun whilst I wait for my bus home was and is the best idea I had…plus, it’s been worth the time killing because my visa was approved ✔️ 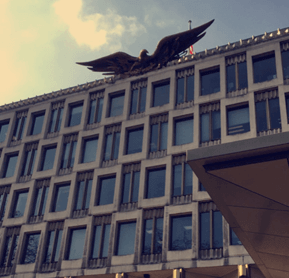 Anyway, it was whilst I was watching the world go by from a bench by the lake in Hyde Park that I got talking with a man from Australia. He was on an ‘extended, retirement holiday’, where he got his first ever passport in 2010 and decided to travel. Since 2010, he’s spent the past 6 years, living and travelling across various destinations around the world. He gave me a load of advice and tips for travel plans I hope to pursue in the near future and it was just nice to see that the world really is what we make it to be. Why am I sharing his story? because it made me truly realise the joys of travelling, and how knowledgable and valuable it is. It was amazing to spend an hour just sharing our travel experiences and giving recommendations to one another. It also taught me that although the saying of our parents is  “you shouldn’t talk to strangers”, you should always make the effort to be courteous to those around you – it doesn’t cost anything to smile and be kind.  So, Australian guy, thank you for your company, your humour and your life lessons, I hope to put your advice to good use at some point in the near future.

An hour or so of talking passed, and I decided to make a move, and took a walk around the lake. I walked one half of it, and ran the other – I’m into my running lately and it was nice to just break away from the hectic perception given to London, and take in the views of Hyde Park whilst enjoying the sunshine…this of which can’t be done that often! 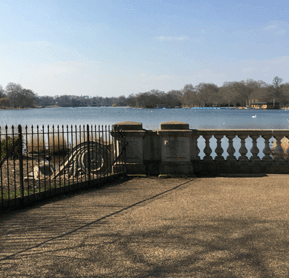 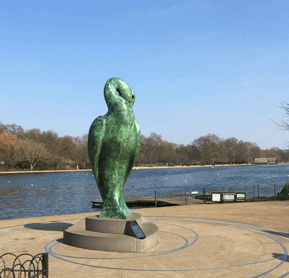 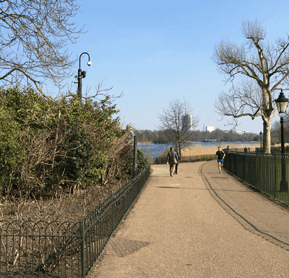 As you can tell, this blog post is completely random, but with the time I had to kill in the city, I was able to just sit down, appreciate my surroundings and reflect – something we should all take time to do every now and then.