You're in a camp bubble for 9 weeks with the same awesome people. It's inevitable - people are going to get close and some may even fall in love! This Valentine's day we've got lots of great stories about people who found their perfect match on camp. Enjoy, and remember; that could be you next year! 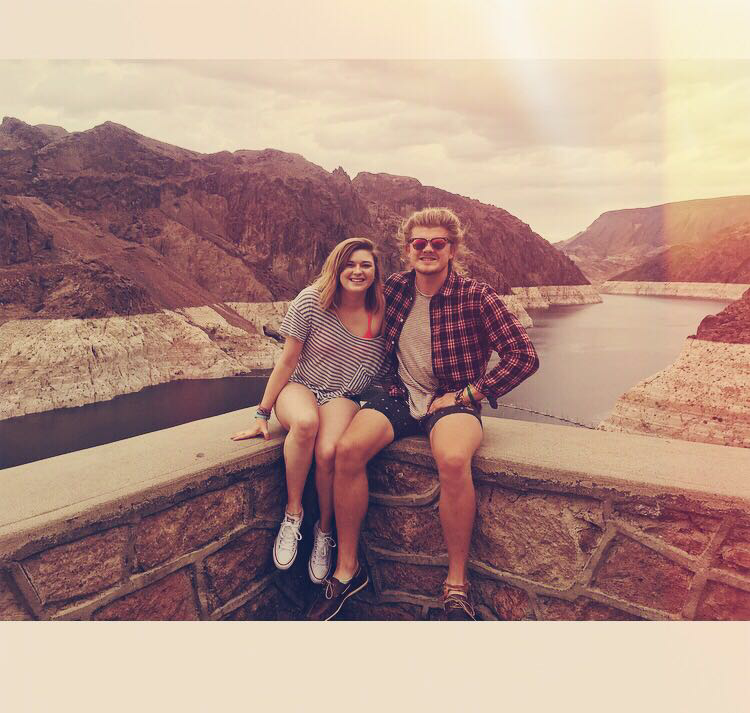 During our first summer at camp we were just friends, but I always knew there was something special about him! We ended up messaging after camp and both convinced each other to return again for summer ‘17 and as soon as we got there we hit it off :) We dated through the whole summer and went travelling around the West Coast together with a group of friends afterwards for 3 weeks! It’s now February and we are still going strong, considering he lives 4 hours away up North. We are planning a summer of travelling, moving in together at the end of the year and Christmas in New York! Thank you Camp America for introducing me to my soulmate and giving me two summers by his side! 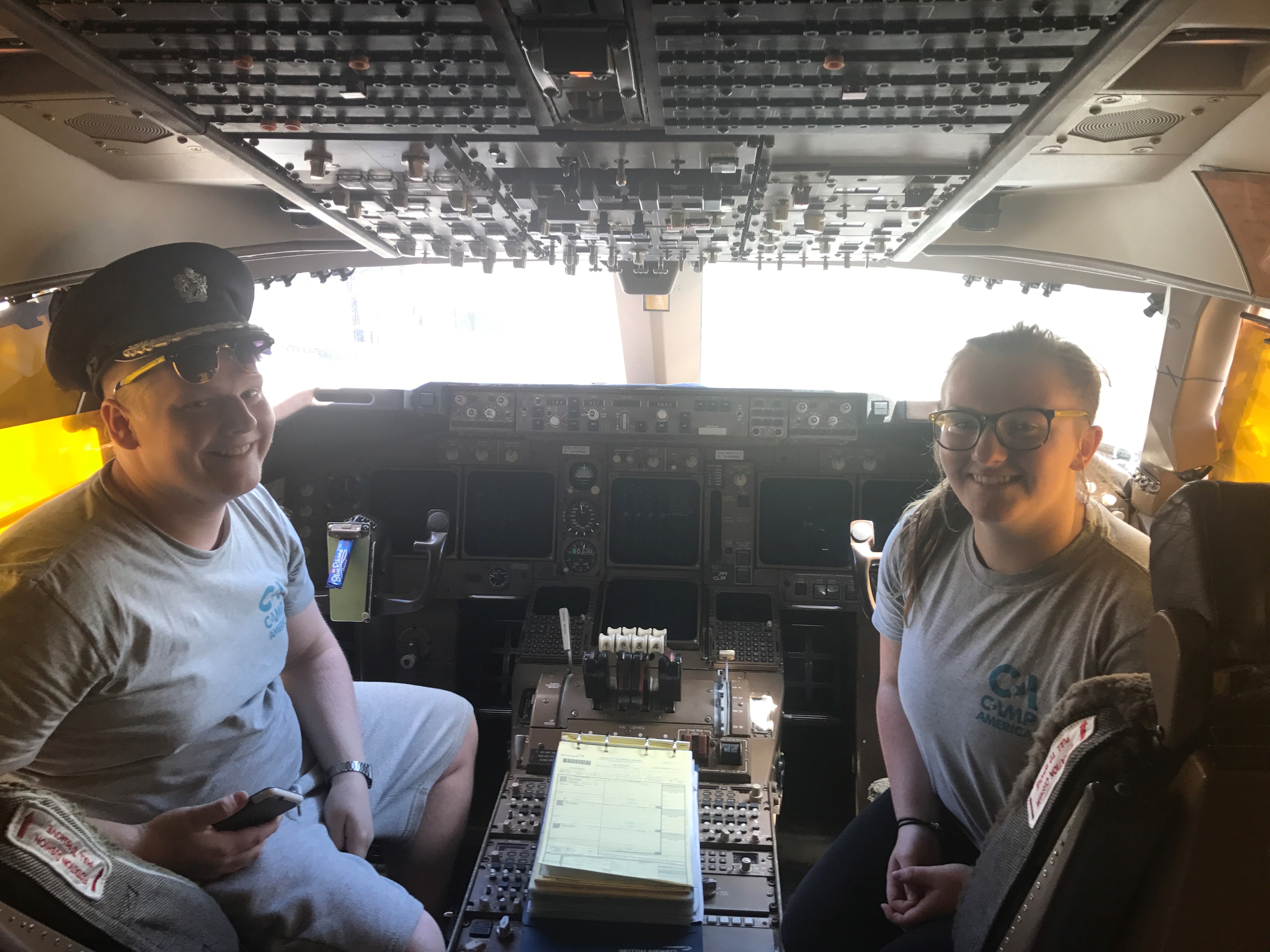 Allister and I flew first got in contact after we were both hired at the recruitment fair in January- we were regularly talking on Twitter and Snapchat about camp. We found out we were on the same flight out and changed our seats so that sat next each other. Once we landed in Boston, we got our picture taken in the pilots cockpit- unbeknown to us that this would be the first picture of us together.  Anyways, at camp we went our separate ways, but spoke every day on Snapchat- mostly to keep our streak alive.

On about the 4th week, Allister sent  me a random snap asking “if i liked any of the counsellors at camp”, I replied “No why??” And he said that he “likes me a bit”. So we decided to start dating and decided to spend the weekend in Boston, away from the others to see if we could ‘work’ away from camp.

At Boston we hired bikes and basically cycled all round Boston- we nearly got killed many times due to the unfamiliar road rules. We went to Harvard, and ended up choosing matching hoodies- however i thought if we got identical ones it would make it obvious that we were dating so I got a slightly different colour one. At night, we went to our first ever baseball game- a  Redsox’s game at Fenway- they won that game. We left Boston the next morning, I fell sleep on his lap at the train station then on his shoulder on train back to Worcester. I discovered he had very comfy shoulders.

After our Boston Weekend, Allister and I would meet up after the the Friday staff meeting- normally at waterfront and  we would take the kayaks out and chat about our week. We would then try to spend the weekend together.

The last weekend at camp, we went on a trip to Newport, Rhode Island, with 3 fellow counsellors. It was an amazing day and we decided to make our relationship official and finally told the counsellors of our status. The last week of camp was one of the best as Allister took me to prom in a golf cart. The last week at camp was staff de-training, so spent as much time as possible together- doing task together and spending evenings together before bedtime.

After camp finished, we had different travel plans- he travelled the east coast and I travelled around the West. We constantly talked every day - regardless of the time difference, this made our relationship stronger. When we were both back in England- about the end of September - our relationship has gone from strength to strength and we regularly see each. He’s planning to go back to camp this year, I’m not unfortunately, however I am planning to travel out this year so that we can finally do our travels together 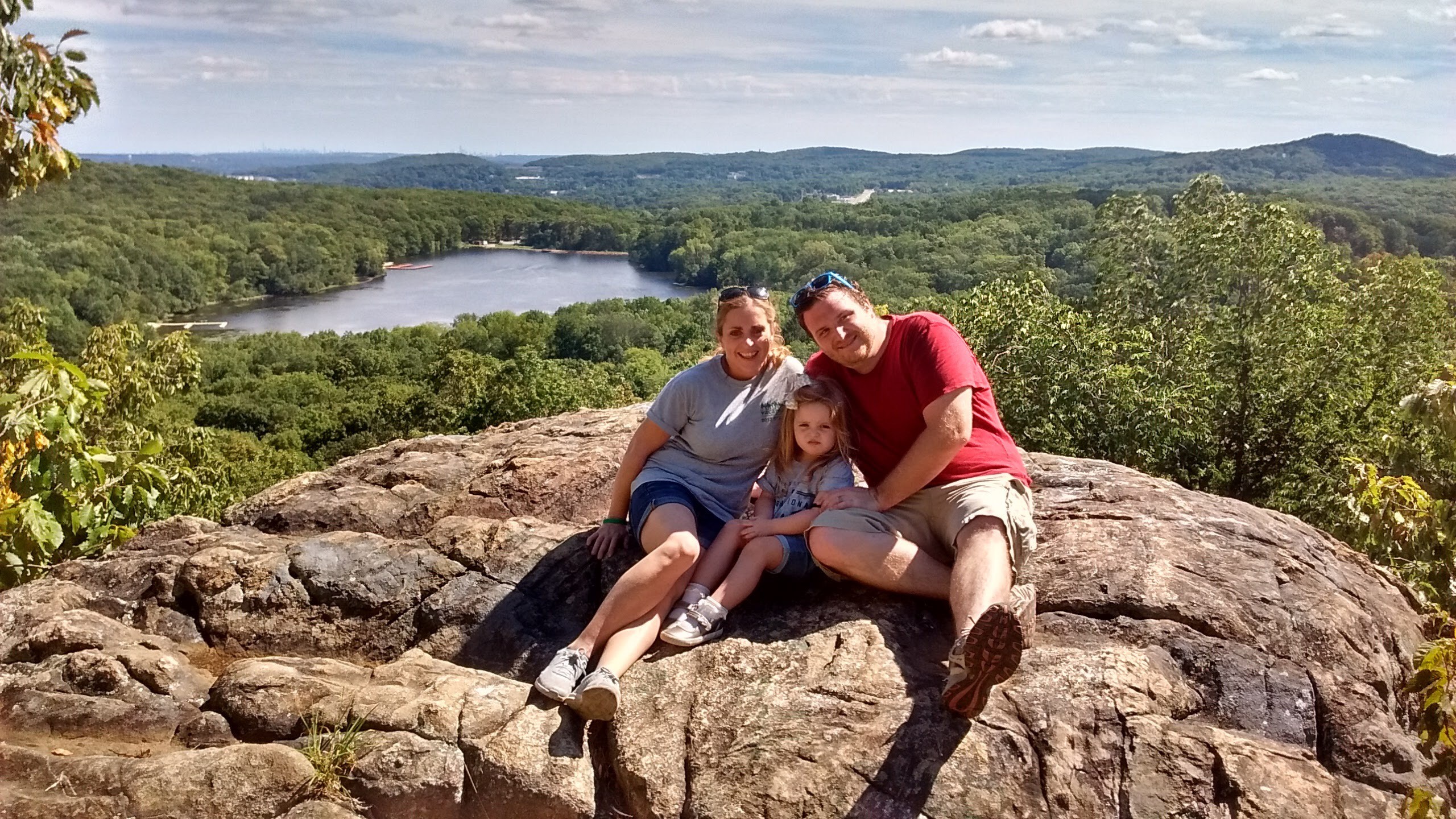 From two different countries and two very different cultures, my wife and I met at camp.

She was the camp director and I was the guy from Ohio who thought he knew everything.

Somehow we took our love for camp and turned it into a love for each other, our daughter, and life.

I love you Elly.  And I love how cheesy this is for you right now. 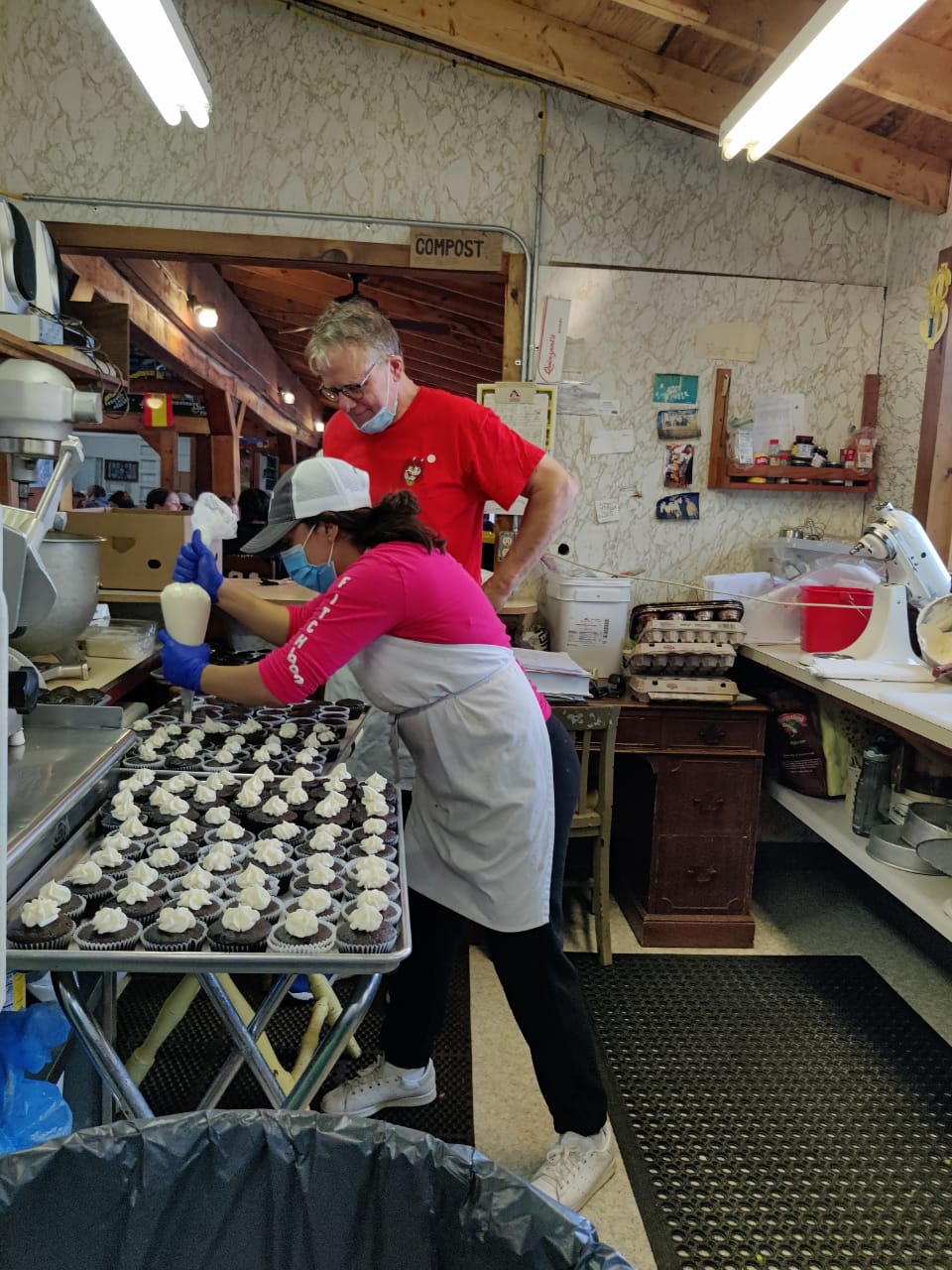 In 2012 I (Lucy) got hired for Camp Fairlee Manor at the Edinburgh recruitment fair.

My now husband (Jonathan) got hired at the London recruitment fair for Camp Fairlee Manor.

We 1st met on the 1st June 2012 at Camp Fairlee Manor. By the 26th June Jonathan asked me to be his girlfriend and our relationship blossomed. We left Camp at the beginning of August and traveled together (Washington DC, Orlando, Miami and New York) on the 28th August 2012 we left each other in New York to come home not knowing what would happen.

I lived in Edinburgh, Jonathan lived in Wales. We agreed to visit each other once a month.

We returned  to Camp Fairlee Manor in May 2013 and travelled together for a second year after Camp.

We returned home to Edinburgh together where we lived for 2 Years.

In August 2015 (3 Years to the day after we left each other in New York) we got engaged.

In October 2015 we moved to wales together.

In October 2017 we found out we were expecting our 1st Baby.

Our adventure so far has been all thanks to Camp America and Camp Fairlee- who we will be eternally grateful to. 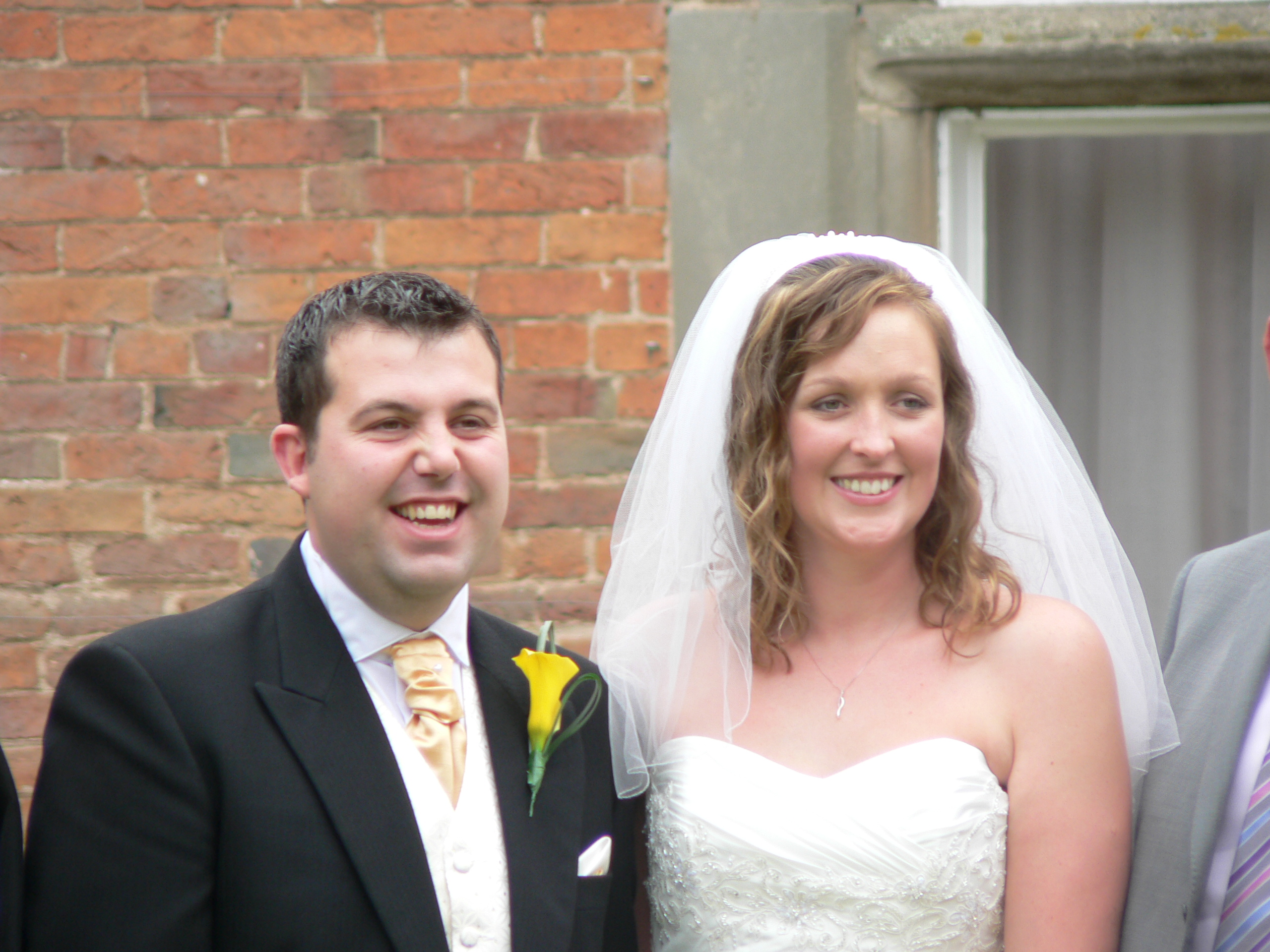 ''I applied to Camp America in 2002 because it was a great way to spend the Summer of 2003 during my undergraduate degree at university. I wanted to become a PE teacher and a summer of sport in America sounded like the perfect experience. I was hired as a tennis counsellor in 2003 & 2004 at Camp Baco  and in my third year in 2005 as a Soccer counsellor.

Camp Baco has a sister camp located a few 100 metres around the lake called Camp Che-nah-wah and it was in 2005 that I met Alexandra (Alex!) who was hired as an outwards bounds counsellor at Camp Che-nah-wah.

We first met at orientation from the hotel in New Jersey. Camp had asked a few of us returning to camp to help with the new foreign staff to settle in at the hotel and then to chat and get to know people on the bus ride to camp. To be honest she later told me she didn't like me at first and thought I was a little cocky! I disagreed of course and it became a bit of a talking point for us that summer. Over the weeks we got to talk to each other during our days and evenings off when both camps would socialise. Finally at the end of the summer we decided to make a go of things just before she went off on a 6 week tour from east to west coasts.

Back in the UK I lived in Brixham, Devon, she lived in St Helens which is between Manchester & Liverpool, at least 6 hours by train and we decided to first meet up in Birmingham. We hit it off and decided to try long distance. Virtually every other weekend I commuted on the train to St Helens on a Friday night and back again on the Sunday.  Then in 2007 we moved in together after we both got full time teaching positions, weirdly back in Birmingham where we had our first date and have lived here ever since.

In 2008 we bought our first house together, in 2011 we got married and in 2013 we had our daughter Charlotte. Camp will always be a special time in my life for many reasons. From trying a new culture, to my life long camp friends back here in the UK and state side! But for obvious reasons meeting my future wife just through chance on my third visit will always be the most amazing chance experience, even though she didn't like me initially lol.'' 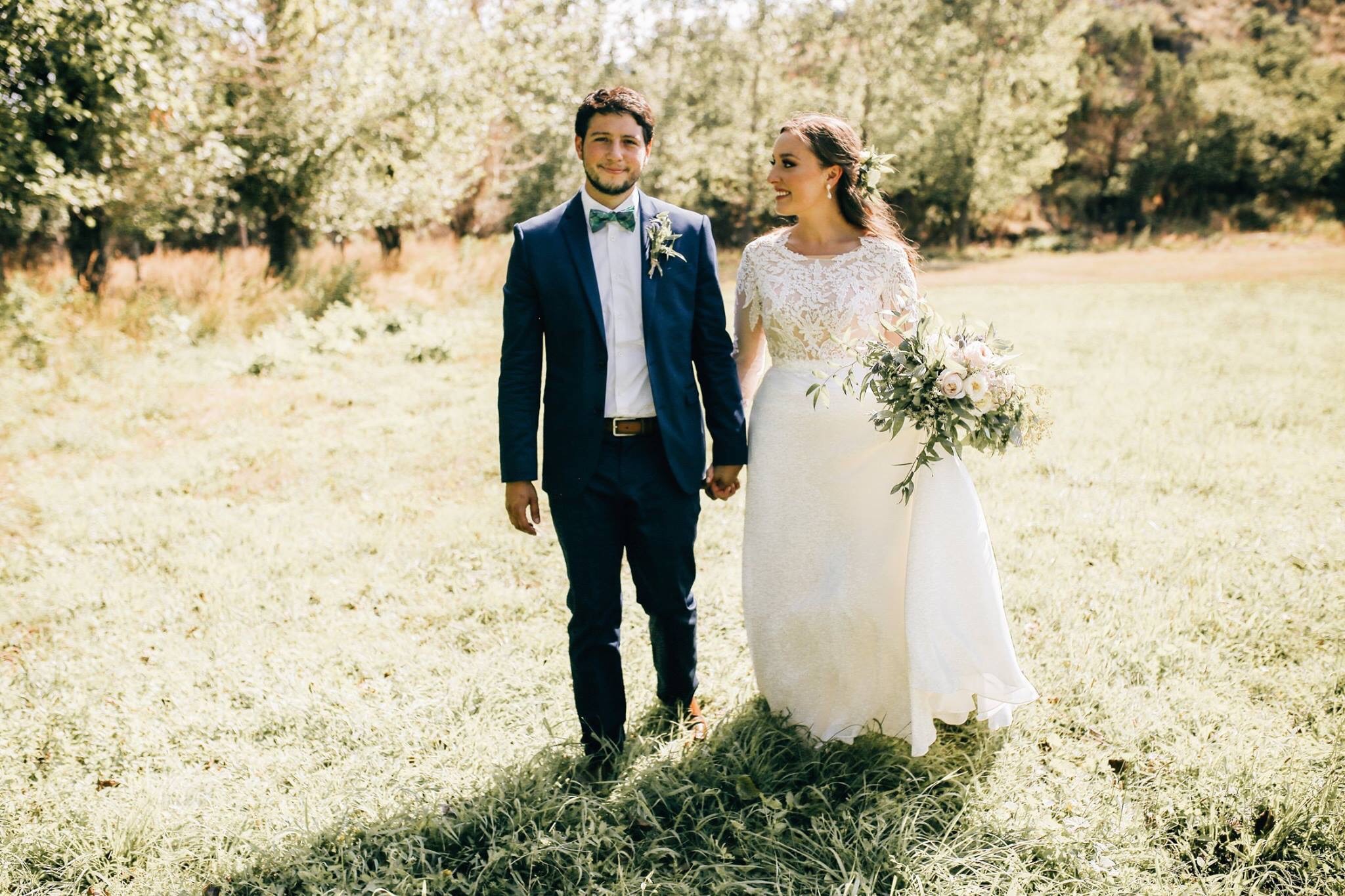 ''After watching “The Parent Trap”, as a child working at an American summer camp was something I had always wanted to do. As I was studying to become a Primary Teacher it was also the perfect summer job for me to gain more experience working with children.

When I was 18 I applied to Camp America and after attending the recruitment fair I got hired by the most amazing camp in California. I worked there during the summers of 2013 and 2014. It was in 2014 that I met my husband, Brandon.

After a few weeks of Brandon and I getting to know one another our relationship started to develop. However, as I am from Scotland and him from Utah we weren’t sure what our future held. During my travelling time after camp I went to visit him in Utah and it was then he asked me to be his girlfriend. At first I said no but a few days later I changed my mind and it was the best decision I’ve ever made. We continued to do long distance for three years, talking on the phone everyday and visiting each other roughly every three months. We got engaged in 2016 and got married in Utah in August 2017 with 20 of our camp friends from all over the world there to celebrate with us.

Looking back it’s hard to imagine what my life would have been like without working at camp. It has changed my life in so many ways. I met my husband, best friends and got to travel America along the way. Camp is such an amazing, rewarding, life changing experience. You create such a special bond with people and make memories that you’ll never forget.   It’s hard to describe to people who haven’t been lucky enough to work at a summer camp. You just have to experience it for yourself!''