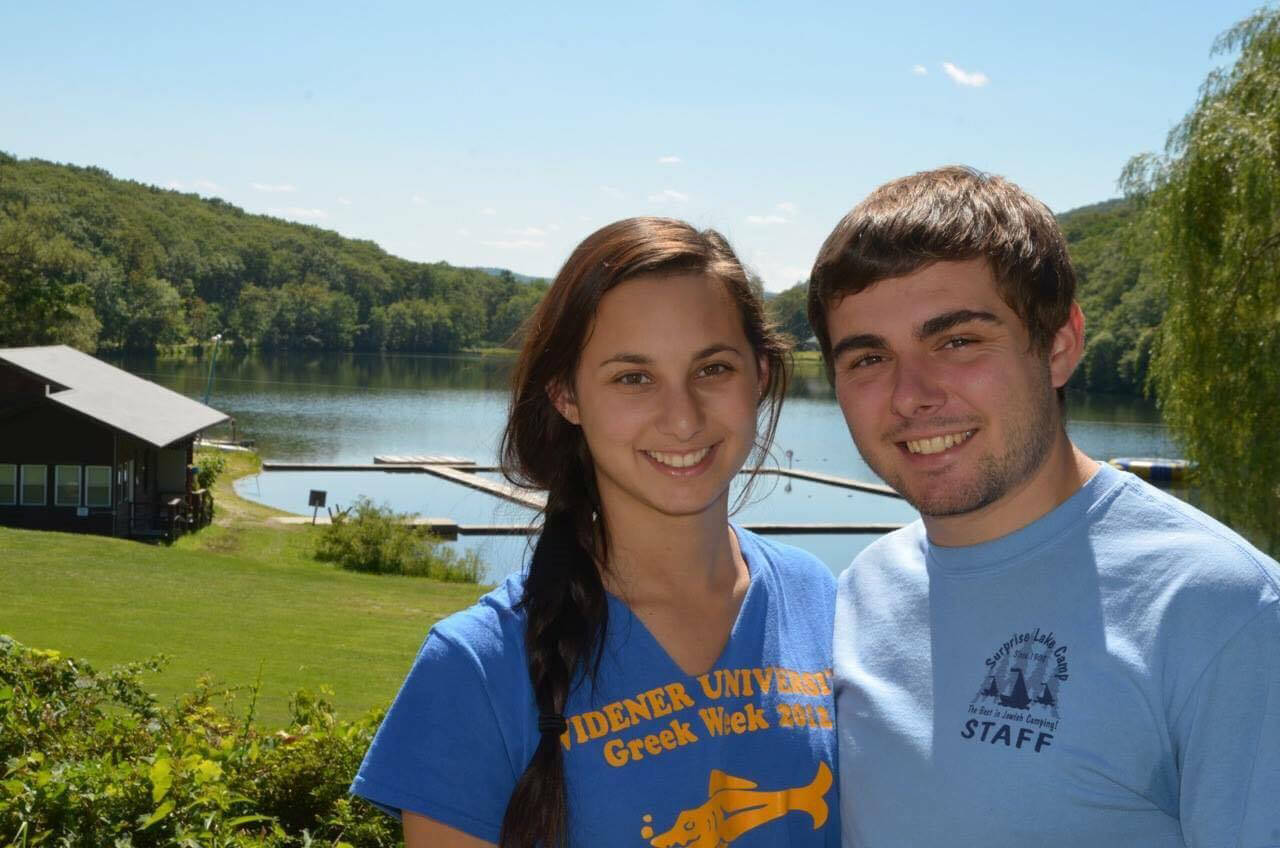 I initially applied for Camp America because somebody at University had recommended it to me. I immediately liked what I had heard, and spent the next few evenings researching it. By the end of the week my deposit was down. It was a spare of the moment thing but I knew that if I didn’t apply straight away, I could have change my mind.

Camp has definitely shaped my future. I met my girlfriend, Michelle, at camp, and this summer, we got engaged, right there at camp! We plan to get married in the Autumn. ! I actually met Michelle’s Mum, Barbara, the first year of camp and then the next year met Michelle! Michelle is from New Jersey and I am from England, so we’ve had to make the location difference work!

At camp you see people at their best and worst, and a week at camp feels like a month in reality. The bonds you create at camp are powerful and like no other. My future is now going down a path I had never imagined without taking the plunge and applying for Camp America back in 2009In almost every job interview, my job at camp is brought up. I find myself telling them everything about it, for them, it’s interesting! Camp also provides you with such a range of skills that look great on a CV! Yes, you could get a job at home, and make some money to pay off your loans, or, you have the summer of your life working at a camp, meeting new people, and you even get to travel afterwards!

For anyone thinking about camp, just do it! Register online, and do it! I have met internationals from all over the world over the last seven years working at camp, and no-one regrets it. 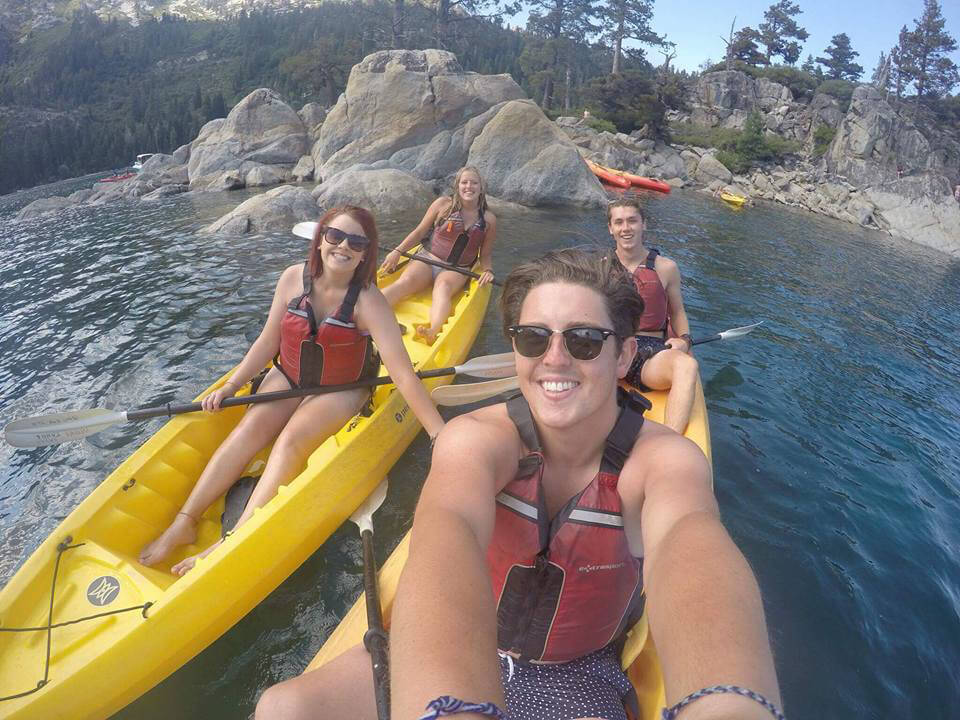 I decided to apply for camp for several reasons. I'd split up with my long term girlfriend at the time and wanted to do something to better myself and enjoy my summer with. But being at university studying to become a teacher I knew the more experience I got working with kids would be beneficial to me. Working at camp has shown me ways of working with kids that just working in a classroom cannot introduce you too.

I met my girlfriend at camp during the set up and in all honesty, we didn't hit it off straight away. If anything she kind of disliked me haha! But we ended up working within the same age group at camp and from there things escalated. I would love to watch the way she would work with kids and the interactions she would make with them. So I messaged her on Facebook and started talking and within a few days, she had tried to put an end to it. I avoided her he next day and like that she came running back to me (what can I say, she didn't realise how lucky she had it!). We started hanging out on an evening at camp and things just grew from there. From a few nights a week it became a nightly thing and we would always spend our nights off together too. After camp we travelled together and in Vegas I asked her to be my girlfriend and that's where we became official (kind of romantic looking back).

Julia is from California and I am from the UK, which makes maintaining our relationship difficult. I think making our relationship work long distance is down to a whole lot of trust. At camp you get to know the truest and purest representation of people. Meeting my girlfriend at camp gave me the knowledge she wouldn't be any different anywhere else. We FaceTime at least 3/4 times a week but we're constantly texting. Sometimes the time difference makes it hard being 8 hours from the UK to California, but we make it work. There are hard times but when we get to be back together the feeling we get together is something I'd wait for 100 times out of 100 because she is the most amazing person I've ever met.

Camp changed my life because it opened my eyes to that life should be about fun and enjoying yourself. Camp isn't for everyone but for me it's everything. Meeting my girlfriend at camp makes it even more of a special place too and we talk about all the things that happened there when we both worked there. It's our special place.

Camp has given me an abundance of experience. Taught me things I thought I'd never thought I'd experience and moulded me into the person I am today. I have in the last few weeks been accepted onto a PGCE (Teaching Qualification in England) at my preferred University and without a doubt the experience I have got at camp made me stand out from those who didn't have experience and even those with classroom experience.

Camp has shaped my future, because meeting my girlfriend at camp, leaves me wanting to move to America. Wanting to be with her all the time and one day that will happen. 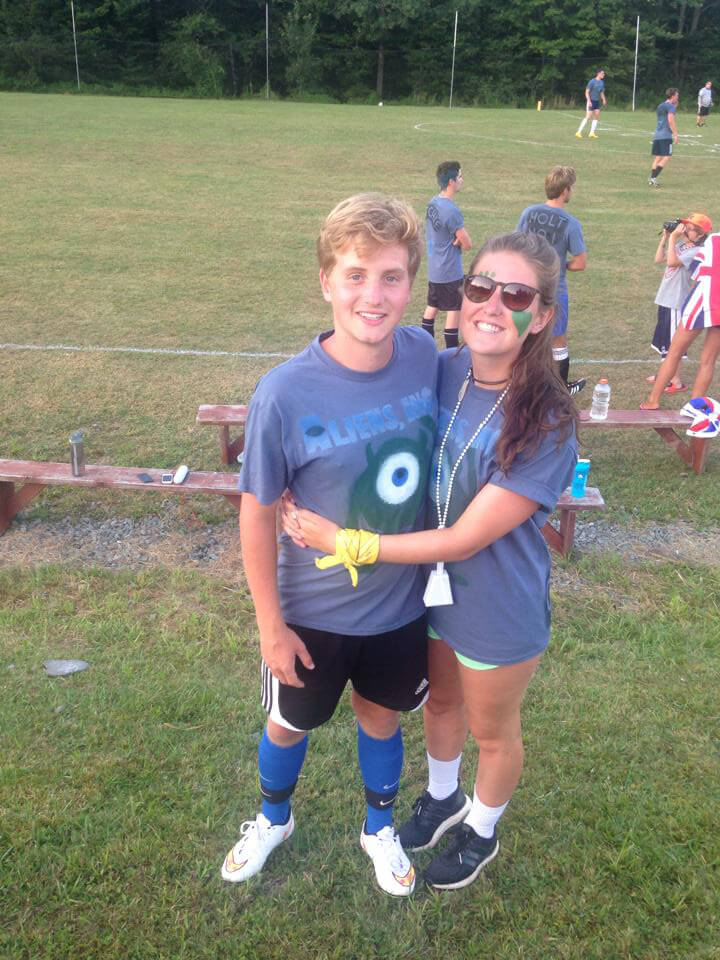 I applied to go to Camp America because I had friends who had gone in the past and recommended it to me. I had always wanted to travel so it seemed like the safest, best and cheapest way to do so whilst getting some childcare experience at the same time. I think I always knew I wanted to go down a career route involving children, but I didn’t know it would be teaching.

Camp has completely shaped my future. When going to camp for the first time, I had absolutely no idea which my direction my life would take me. I did camp 3 times and when I became a group leader, the responsibility made it clear to me that I wanted to be a teacher. I am now doing a Primary Education degree as well as interviewing for Camp America.

I met Tom on my first summer at camp. Well, I actually first met him in the January before my first summer at the London recruitment fair! He was getting hired at my camp right before me. He was hired as a ‘manny’ – a male nanny, and I was hired as the arts and crafts specialist. After meeting at the recruitment fair, we then properly met at Heathrow airport before flying out to camp. We grew extremely close our first summer at camp, spending nights off together and as soon as camp finished the 2 of us (with a group of friends) took off on our travels! We have been inseparable ever since.

When I was at camp for the first summer, my family had a suspicion I had met someone, they were all trying to work out which one of the guys in my Facebook photos it was! They had put bets on who it was but they didn’t guess correctly!

At camp the campers sing a chant over the dining hall which would be dedicated to tom as soon as they found out that we were ‘dating’. It would go: “quiet please dedicated to…. TOM, Poppy loves you!”

We do have a long-distance relationship, but we make time to see each other. Luckily, Tom has been at University in Leeds for the past few years which has meant we are only an hour and a half apart most of the time! Next year Tom will move to Lincoln where we will be moving in together for the first time!

Camp has changed my life in every single way. Looking back, I was so lost before camp. I didn’t know what I wanted to do, I had no focus. But now, I have tom, we are both working towards being teachers, which will be ideal having 13 weeks holiday a year to pursue our love of travel. We want to go to Australia, Asia and Canada so a teaching career will enable us to do these things together. Interviewing for Camp America has also given me a job that I love and I love telling applicants my stories of camp.