A call for more BAME applicants

Sasha initially had her hesitations when considering applying to the Camp America programme. Here is her story...

Since I was around 18, I wanted to go to camp – it looked so exciting and I thought it would be a great opportunity to experience a different culture. For some time, I was dubious about going, as I didn’t feel I would fit in from the pictures I had seen online of the people who participated. I saw that the camps I would most likely fit in at, were branded ‘underprivileged’ by the camps themselves and it made me feel uncomfortable on a personal level because I knew people automatically associated the term with Blackness and POC. At that point, I was sceptical about whether there was even anybody I could address this with. I knew that if I were to work at a camp, it would have to be with a group of racially diverse young people and that would have to reflect within the leadership too.

In 2017 and at 23 years old, I had some time on my hands and felt compelled to consider going to camp for summer 2018. A friend was also wanting to go and invited me to the London Recruitment Fair, so I went to see what the camps were all about. The first camp I had encountered was called Camp Ladore; a Salvation Army camp. I was informed from the off that there was an on-going conversation with the camp and Camp America about how they could increase the numbers of BAME applicants. So, before I got to ask any questions the assistant Camp Director was very clear about the kind of staff they were trying to recruit; people who were culturally competent and preferably from minority ethnic backgrounds. This was important to them as the young people who attended the camp were predominantly Black and Hispanic. In that moment, all the reservations I previously had went - I made up my mind on the spot and accepted the offer for the position as a camp counselor.

Leading up to camp and as the summer at camp begun, it was extremely important to me that I didn’t come with a savior complex; the subconscious notion that I am going to save these ‘poor children’ from ‘deprived socio-economic backgrounds’ and be the means in which they ‘have a better life’. This mindset, I believe - is indicative of our proud empire history and has been ingrained in the psyche of people that have had an education within the western hemisphere; yes, even POC ourselves. 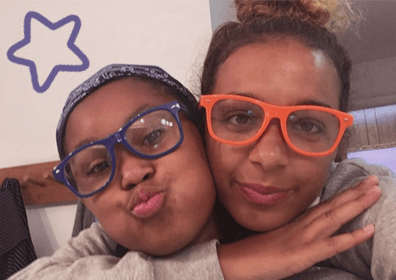 As I started to get to know the young people, they deeply challenged my ignorant preconceived perceptions of their understanding and engagement of the world, and especially in the political sphere. Some of them understood the implications of certain policies that were detrimental to the economic progression of their people. To the contrary, I had brought some perspectives to them too – as some didn’t know that there were even Black people in England, LOL! We had some amazing conversations about world affairs, as again, a lot of them weren’t privy to things going on beyond the bounds of the USA. It was definitely a mutually exclusive learning experience for us all. Throughout the summer, camp staff were speaking about how much of a positive and profound impact hiring a more diverse team had been on the campers. This in turn allowed these conversations to flourish. It gave inspiration and space to allow the young people to think of how they will make their mark on the world and impact their communities. I was blown away as I started to literally see the effects of representation in action.

More than anything, I learned to slow down and just listen. I realised that the most effective way to be an influence on people is to listen to the needs of the people and communities themselves first. I saw how this empowered people to learn their own truths and that helps us all to figure out our own solutions.

After camp was over and I had returned to the UK, I was employed by Camp America to work in the head office as a marketing assistant. As an organization, we’re looking to change the narrative and find new innovative ways to engage with BAME young people and encourage them to apply and have a lifechanging summer at camp like I did. We recognise that the objective of camp is to challenge yourself and have an incredible time, but to essentially get the campers to have an amazing time too.

Applications are currently open for summer 2019 and you can apply here. 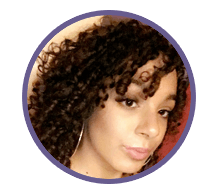